The Southern Minnesota Small Business Awards have been postponed due to Covid-19. Stay tuned for announcements.

Are you proud and passionate about your business?
The SBDC and Connect Business Magazine jointly bring you the Southern Minnesota Small Business Awards. 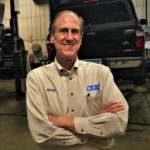 Greg’s career has taken many turns, including the U.S. Air Force and telecommunications, but what he dreamed of was owning his own business. While in the role of executive director of the South Central College Foundation, he learned that the owner of Champion Auto was looking for a buyer. Greg and his wife, Bonnie, took the plunge, purchasing the business and renaming it Greg’s Champion Auto.

Greg learned the essentials of auto repair during his high school years, helping his father maintain the family vehicles and his own. It was also during that time that he caught the drag racing bug and absorbed his dad’s industrious work ethic, which still guides him today.

Greg is at the shop nearly every day leading an exemplary team of professionals. When not working on his business, Greg can be found at area car shows and drag strips, where he exhibits and races a 1972 Dodge Charger —  Bonnie’s first car. 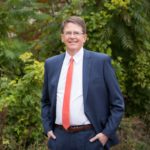 Dr. Daniel Osdoba is the majority owner and CEO of Oz Family Dentistry. The business was started by his father, Dr. David Osdoba, in 1956. Its original location was on Walnut Street in downtown Mankato, where Dr. Dave, as his patients came to know him, started out as a solo practitioner with no employees.

Daniel Osdoba followed in his father’s footsteps and graduated from dental school in 1984, whereupon he joined the practice and eventually bought his father out. The office later moved from downtown to Navaho Avenue and then to Adams Street on Mankato’s hilltop, where Dr. Daniel Osdoba constructed his own building. Expansion took place in 2018, when the practice built and equipped four new operatories in a new wing of the building.

Over time the practice has grown considerably. Dr.  Eric Page joined the practice in 2013, and it will become a three-doctor practice with 14 employees when Dr. Dan’s daughter, Gretchen, joins as a new dentist this year. This multi-generational business has found success with a shared foundation of mission, values and community support through buying local and volunteerism. 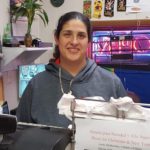 Claudia and her sister Goretti purchased the Hispanic market in Gaylord in 2014, from two brothers moving out of the community. Claudia speaks little English, so Goretti spends a lot of time working with customers and vendors.  The business fills a need for authentic Mexican goods for a growing Hispanic population, drawing customers from several towns and counties. The family works together to keep the store open seven days a week to serve the area.  They have already expanded the business to include a food truck called 4 Bro’s Cocina Latina, which provides services to surrounding communities including Gaylord, Arlington, Winthrop and New Auburn. In addition, Goretti has served for two years on the Gaylord Chamber of Commerce board.

Jalisco Market has proven to be a great asset to the city of Gaylord, bringing community and business members together, and bridging old and new. 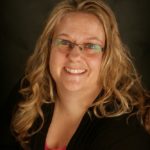 Amber Pietan has loved geography and maps since her childhood travel with family. Today, she has a career that allows her to pursue her love of travel — customizing and planning personalized luxury vacations since 1999.

Amber was an award winning travel agent for over 14 years at AAA in Mankato. In 2013, she opened her own agency, Amber Pietan Travel Agency.  Amber has an impressive roster of education, certifications and awards, including Certified Travel Associate (CTA) from the Travel Institute, which marks the pinnacle of travel industry professionalism. Amber is also certified as a specialist by Sandals Resorts, Aruba, Dominican Republic, Jamaica, Disney Vacations, Holland America Cruises and Trafalgar Tours, as well as a Luxury Lifestyle Specialist.

Amber’s motto is “Without a travel agent you are on your own.” She prides herself on making each vacation she plans a memorable experience and emotional venture. Her attention to detail and personal service have become her hallmarks in travel planning. 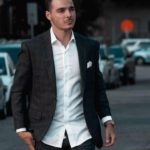 At only 23, Brandon Poliszuk is a polished professional who discovered his passion for content creation and building brands while attending Minnesota State University, Mankato. Starting as a management class project in 2015, The Social Butterfly evolved from a strictly social media management company to today’s award winning, one-stop-shop agency.

Brandon recognized an opportunity and did not hesitate to grasp it, making the necessary investments in professional equipment and learning photography and videography on his own. Social Butterfly’s mission is to give a business wings, establishing a personality for every company they work with. Brandon refers to the exponential power of social media marketing as the “Butterfly Effect.”

Brandon’s guiding philosophy is to always work with a sense of urgency and never give up. His passion, energy, creativity, entrepreneurial spirit and canny ability to stay one step ahead in a constantly evolving industry have fueled the young company to success in a short time, earning state and national attention. 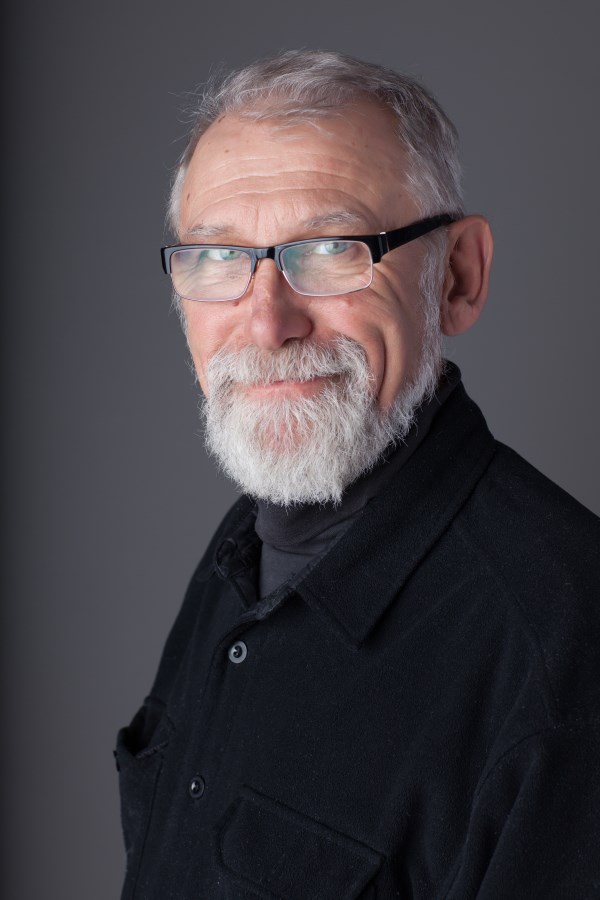 Mark Johnson’s passion for old buildings goes back to 1976 when a farmer gave him an old granary. That reclaimed wood is part of the home he still lives in today. Mark launched Artisan Restoration at age 60, utilizing his decades of experience as a general contractor to find and rehabilitate old treasures to delight his clients and prevent old structures from becoming an endangered species. His unique log cabin and barn projects are always one-of-a-kind, and his quality craftsmanship makes him a sought-after builder across the Midwest. Mark serves on the board of Friends of Minnesota Barns and often volunteers with his church and historical societies. In addition to this regional award, the SBA chose Artisan Restoration as Minnesota’s Encore Entrepreneur of the Year. 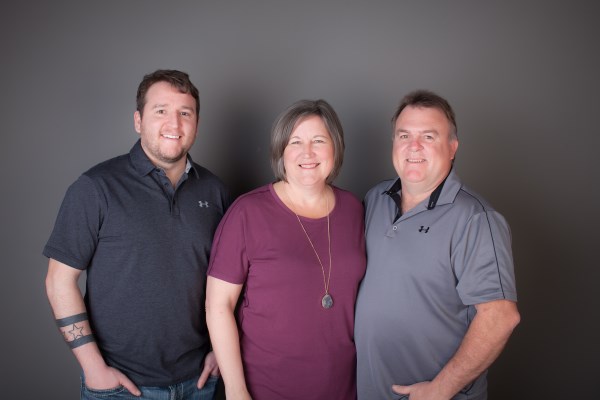 Blue Earth Monument, Inc. is a locally-owned family business creating loving tributes since 1877.  All of the monuments are created in-house by skilled artists and craftsmen, offering custom shapes, custom artwork, shape carved designs and more. Lori and Mark Maher became owners in 2008, then sole owners in 2011 when Lori’s father retired after 52 years. In 2015, they expanded with a new location in Albert Lea, managed by their son Blane. The company is known for its knowledge and excellence in caring for families at the most difficult times. 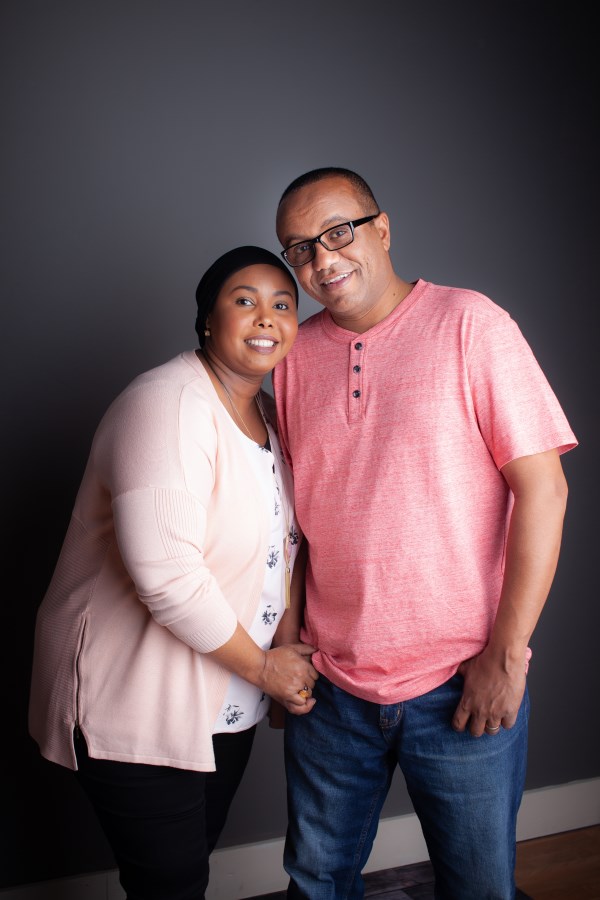 KATO Trucking is family owned and operated, providing skilled drivers, and safe and efficient deliveries across the country. Ayan Musse is the operations manager. She was born in East Africa (Somalia) and grew up in Egypt. In 1997, she came to the United States as a refugee. Ayan was appointed to the Minnesota Emerging Entrepreneur Board by Governor Mark Dayton, and is very involved in the greater Mankato community. Nagi Obeyd is the primary driver. He was born in East Africa (Somalia) and came to the United States as an immigrant in 2000. He has aspired to be a business owner since he was young and is dedicated to leaving a legacy for his children. 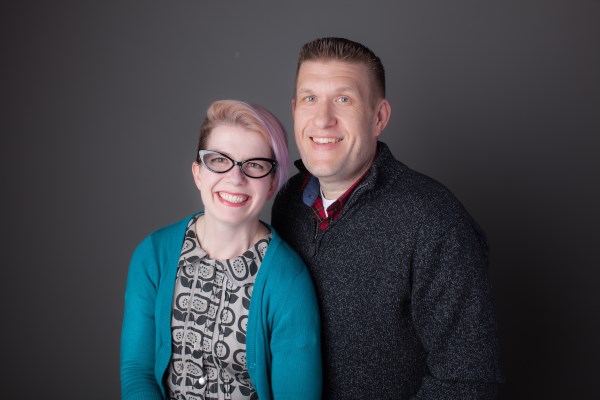 Perceiving a need for more maternity care options in rural Minnesota, Erika Urban attended a conference in 2011 on starting a birth center. Three years later she and Joe purchased and renovated a beautiful Victorian home in St. Peter, creating a nationally accredited and state licensed freestanding birth center. Erika serves as the director and one of the midwives, while Joe manages the property and the technology. As of March 2018, the midwives of RVBC have attended a total of 226 births. Joe served four years of active duty with the US Navy, and Erika served six years with the Minnesota National Guard – experience that reinforced their work ethic and desire to serve the community.

K & G Gymnastics is the realization of a mutual dream for Gabe Essay and Katie Olson, after years of training, competing and developing their gymnastics talents individually. The Mankato business was launched in 2011. Today it has 800-900 kids registered each session and hosts multiple teams including Mankato East/Loyola High School, Mankato West High School, club teams, competitive teams and youth. Its 32,000 sq. ft. facility is the largest in southern Minnesota. K & G excels at providing a fun, exciting and safe place for area youth to stay fit.

Ben Wenner and Tyler Wenner founded Ag Storm in 2010, which manufactures agricultural equipment focused on innovation and niche products that solve common problems for farmers. It all started with the Rock Hawk™, a patented rock picker grapple system to pick up rocks with the tractor while in the field. The Rock Hawk has since been followed with many other inventions which make up the scope of their ever-growing product line. The Wenners describe Ag Storm’s target customer as the forward-thinking farmer and predict that the company’s “innovation will be constant, disruptive, and aggressive.”